On Google Wave and “Failed” Experiments 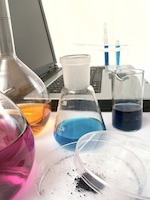 Yesterday while I was on the air with Jeff and Leo recording TWiG, Google announced that they are halting development on Wave. The webapp will be available till the end of the year–with mechanisms to export your current wave data–and the code will remain open source.

As the author of the first user guide on Wave, I spent this morning doing interviews with tech journalists about what this all means. Here are some questions I got asked, and answers I offered.

What do you think about Google killing Wave?

I’m really disappointed. Wave is a tool I love and use daily, and this announcement makes Adam’s and my user guide essentially a history book, an homage to a product that I believe was simply ahead of its time.

What did you love so much about Wave?

I loved Wave’s ambition. From a purely technical perspective, Wave pushed the edge of what was possible in a browser; it promised a new federated communication system; it’s open source and uses an open protocol; it’s a platform that developers could customize and extend with gadgets and robots. From a user perspective, it had the guts to try to introduce a whole new paradigm of communication, one that combined document collaboration and messaging into a single interface. It demonstrated real-time collaboration in a browser the way no other webapp had yet. It made group discussions/brainstorming/decisions much, much easier.

I respect any product that aims as high as Wave did, even if it misses the mark.

Why did Google kill Wave?

Wave simply didn’t attract the user base it should have. The tool didn’t explain itself well enough. The barriers to entry were just too high. The use cases weren’t clear. People didn’t get it. One million active users wasn’t enough in the Google universe.

From what I understand, Wave was a big resource-suck. It was an unfinished product that had a lot of engineers hard at work on it. Many of its features, like live-typing and chatting in-document, are now available in Google Docs, so in some ways, it was redundant. Products like Knol and Notebook are still around because either they were 20% projects or just require very little maintenance. Wave need a lot of humanpower to keep growing, and even at a year old, it was still a baby.

I believe Google is building a major social product right now, rumored to be called “Google Me”, which will challenge Facebook. I believe Google Me will integrate features across several different products, including Profiles, Gmail, Buzz, Reader, Sidewiki, and Blogger. I believe Google has an interest in reallocating engineering resources towards this new social product to get it out the door as soon as possible. Facebook has been beating Google’s pants off in social for too long. There were some great minds working on Wave, and my bet is Google thinks there are better uses for them elsewhere within the company.

Do you really think Google Me is going to happen? When will it launch?

I have no official confirmation about Google Me. But: Yes. And: Any day now.

Do you regret writing a book on Wave?

Absolutely not. Like Wave, the book itself was an experiment in collaboration. After publishing two editions of a best-selling tech book through a traditional publishing house, I wanted to see if there’s a different way. I had an itch to write a book collaboratively, in public, on a wiki, and self-publish the results, and see what happened. That’s exactly what Adam and I did with The Complete Guide to Google Wave, and as far as I’m concerned, we proved that it’s a viable book publishing model. A model that lives on: Kevin Purdy has begun work on his Complete Guide to Android.

In every failure there’s a bit of success. I bet Google learned some hard lessons about product launches and marketing from Wave. The product leaves behind a whole lot of open source webapp code written by some of the best engineers in the business that anyone can repurpose and port into a new app.

What are your favorite Wave features you hope to see show up in other products?

Now that I’m used to having easy inline replies, and multi-branched conversations, I really hope to see that kind of feature become available in Gmail. I also loved the Yes/No/Maybe gadget, a godsend for quickly polling a group inside a message, and drag and drop image-sharing. As for the open source code Wave leaves behind, a startup could create any number of interesting apps–like a real-time project manager or group chat system.

What else do you want to know about what I know about Wave? Post your questions in the comments and I’ll answer what I can.