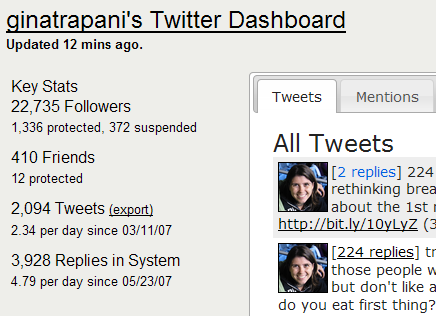 Been hacking away at a personal programming project, tentatively named Twitalytic, a web application that archives your tweets and mentions and gives you useful data about your friends and followers on Twitter. (Here’s some background on why the heck I’d ever want to archive the ephemeral chatter that is on the Twitter.)

Anyway, after a few months I’ve collected a teensy bit of data, so I wanted to make sharing replies to my lazyweb tweets easier. To that end, today I added a public face to the app. Here’s the Twitalytic public timeline, which lists my most recent tweets and the number of replies each has. Click on the reply total to drill down into the responses to a particular tweet, like my tweet asking what people eat first thing in the morning. (Ha, I made over 200 people Twitter about breakfast!)

That listing is the most basic thing Twitalytic can do. When you set it up and log into the app, you can curate replies and see other views of your data, like your least likely followers, your least and most active friends, your most replied-to tweets and more. For each of your friends or followers, you can see mutual friends, conversations you’ve had, and even what Twitter client that person uses most. If you’re approaching the 3,200 tweet mark, Twitalytic will also back up your tweets and let you export them into a simple text file. Here are some screenshots of the internal, logged-in only views.

List your tweets by most recent, most replied-to, or back-and-forth conversations. 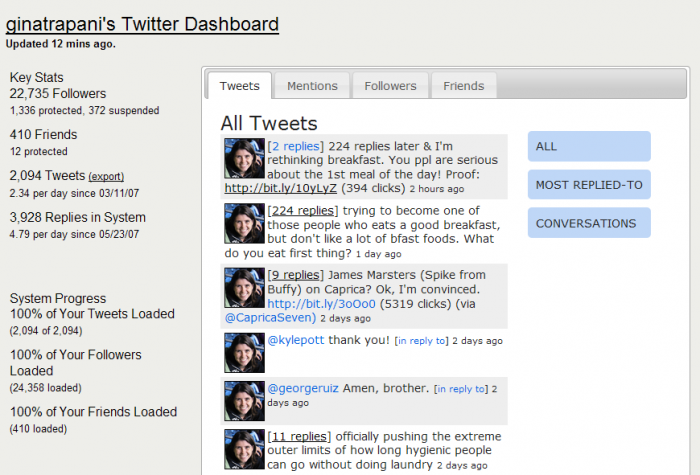 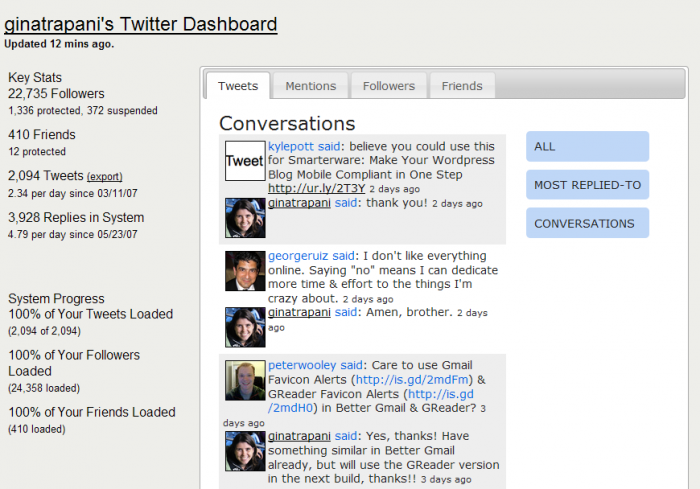 File replies as “standalone”–i.e., someone just said something to you out of the blue, or associate mentions with a specific tweet (if the user didn’t use the “reply” button in their Twitter client). 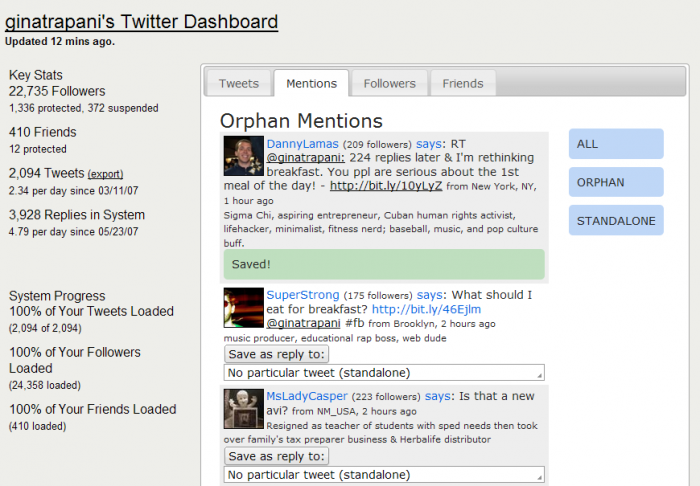 Your “least likely” followers are those who have the largest follower to followee ratio. 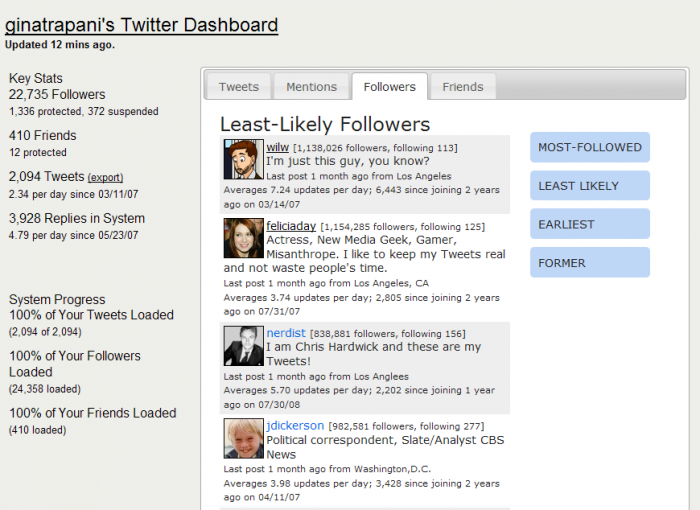 See which of your friends are most active and least active.

Click on any tweet’s reply count to view its responses, “likely” reponses that happened around the time of that tweet, and public/republishable replies (those from users’s whose tweets are not protected). 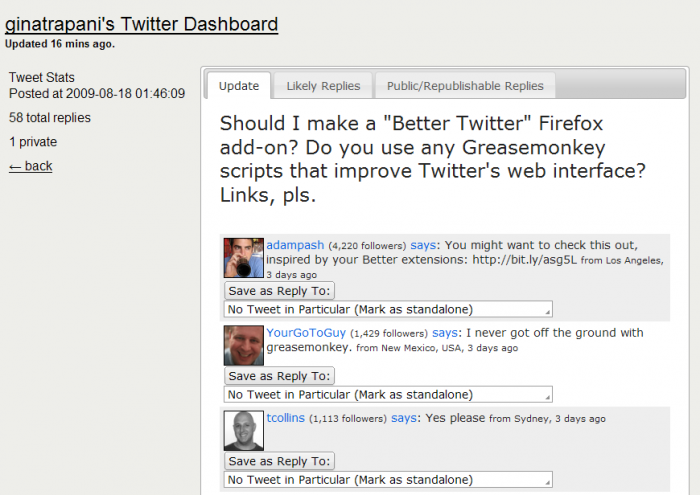 Click on a username to see recent tweets, conversations, mutual friends, and what client that person uses. 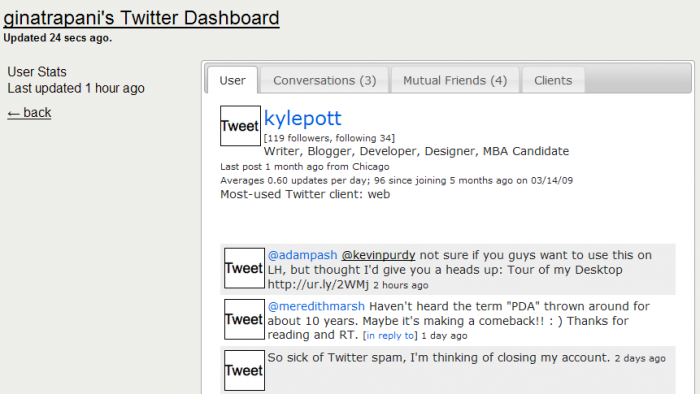 I realize there are ten dozen Twitter applications out there that do much of this, and possibly better. Creating yet another Twitter app is probably the most cliché development undertaking of the year, but I’ve had a ball using this little thing to teach myself a few things about the Twitter API, OAuth, and jQuery and brush up on my PHP and MySQL skills.

To use Twitalytic you’ve got to install it on your own server and run the crawler to start gathering your data. As far as I know, only one other brave soul beside me has done this; I don’t recommend it unless you’re well-versed in PHP development and LAMP environments. This is still very alpha stuff–and I haven’t built in any easy way to update an installation either, which means as the code changes, manual re-installation will be required. That said, I welcome PHP hackers to check out the GitHub repository and start tooling with the code. It’s been a very long time since I’ve developed a webapp of this size, and the code is full of //TODO‘s and //Must be a better way to do this‘s, too.

At some point I’ll set up some sort of dedicated web page and perhaps a mailing list for the app. Until then, post your questions and thoughts here.

Update: Wow, I didn’t ever think this little spare-time data-wanking PHP thing would be TechCrunch-worthy. Thanks for the post, TC!