Confirmed: $29 Snow Leopard Installs Whether or Not You’ve Got Leopard 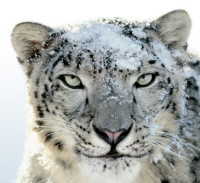 Even though Apple suggests Mac users without Leopard buy the $169 Mac box set to get Snow Leopard, anyone can purchase the $29 Snow Leopard disc and install it. This means the Snow Leopard DVD isn’t an “upgrade” at all, it’s the full-on Mac OS X operating system for 30 bucks, $100 cheaper than Leopard was. I suspected this was the case, since it is with the developer build I’m running, but The Wall Street Journal’s Walt Mossberg confirms it’s true for the final release as well:

For owners of Intel-based Macs who are still using the older Tiger version of the Mac OS, Apple is officially making Snow Leopard available only in a â€œboxed setâ€ that includes other software and costs $169. The reasoning is that these folks never paid the $129 back in 2007 to upgrade to Leopard. But hereâ€™s a tip: Apple concedes that the $29 Snow Leopard upgrade will work properly on these Tiger-equipped Macs, so you can save the extra $140.

So if you’re jumping from Tiger to Snow Leopard, you saved $129 bucks never purchasing Leopard and you can save $140 skipping the box set. Guess being a late adopter does pay off.