iPhone 3GS? Not Enough to Justify the Cost (and AT&T Sucks) 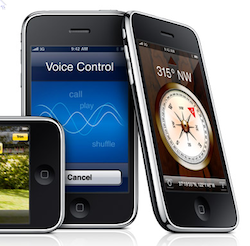 Asked my Twitter peeps whether or not they were buying the just-released iPhone 3GS, and 175 replies later, the response is a pretty solid NO.

Almost 80% of respondents are passing on the 3GS mainly because they don’t think the upgrade is worth the money, they’re not eligible for the upgrade pricing, they think AT&T blows, they’re waiting for next year’s model, or they’re simply happy with their current phone. The other 20% were thrilled about getting their paws on the 3GS’ speed and video camera. Yes-folks said the 3GS finally feels “feature-complete,” that the device replaces their GPS, point and shoot camera, and in some cases, their laptop, and others said it was the perfect reason to ditch their current crappy phone.

Out of 175 responses, 138 said they were not getting the 3GS, and 37 said they were. (Since I’m an Android user, I attract non-iPhone types, so these results are skewed by who follows me.) Here are the best replies I got, with the cleverest quips and insights highlighted.

megnut says, “Yes, iPhone = my computer, and $399 is worth it. Haven’t bought new laptop since late 06 and don’t plan to for long time.”
kyleejohnson says, “getting 1. Have held out for 2 revs, but this one finally seems feature complete. Except for the bug with carrier options. ‘-)”
laydros says, “Already got my 3GS. I’ve wanted 32GB for a while, don’t need to carry P&S camera (SLR when I can tho), and the speed is nice.” Second tweet: “In other words, iPhone is coming closer to leaving my iPod classic, laptop, and P&S camera at home.”
gmankono says, “Yes, for the speed, space, & video recording. Now just have to find the $.”
ericjlubbers says, “I’m switching from a quickly beloved Palm Pre to the iPhone for non-essential reasons: Music support (podcasts) and the camera”
ryan_price says, “I picked up the 3GS this morning b/c I caved! I couldn’t avoid having an iPhone any longer”
allynedmonds says, ” I did get a 3Gs , because I’m addicted to this crack phone. I need an intervention!”
KOLLETTcommaN says, “Yes! I’ve been waiting for this version of the iPhone to work out all the kinks. I never buy generation 1 of anything…”
Ceruleanesk says, “finally decided to jump on the bandwagon. The 32GB was what did it for me, looking for a phone/music player for a long time”
revjim1stUMC says, “I have one pre-ordered. This upgrade is significant enuf for me a 1st gen iphone user”
jmooy says, “yes, verizon has failed to produce anything better over 3 versions of the iphone.”
evilIT says, “Getting a 3GS because we’ve been wanting iphones but we were just waiting for the new ones to come out.”

As I said on Friday, I’m not getting the 3GS either. It’s tempting, but I’m happy with my G1 running Android. Thanks to everyone who replied! (Hereâ€™s more on why and how Iâ€™m using Twitter to run surveys like this.)