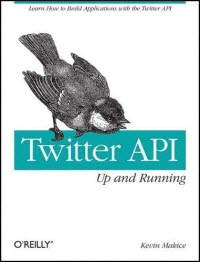 Once you’ve amassed enough of a following, one of the best uses of hot social networking app Twitter is getting instant answers to any question on your mind. When you post a question on Twitter and get a dozen replies within the next 10 minutes from live humans–some of whom you know and trust–it’s waaayyy better than impersonal and sometimes out-of-date Google search results.

After two years and 1,700 updates on Twitter, this insta-Q&A is my favorite use of the service. The only problem is, I always want to archive and share what I learn from my followers on my blog, and it’s not easy. My post on what people love and hate about netbooks, sourced entirely from Twitter replies, took me hours to compile manually, because Twitter doesn’t easily list replies to a particular “tweet” in a very readable or republishable format. So this weekend I dug into the service’s API to make that happen. Using Kevin Makice’s new book, Twitter API: Up and Running, after just a day of coding I had my entire Twitter archive plus replies ready for viewing and publishing. While the code itself isn’t ready for sharing, a few questions and subsequent replies posted on Twitter and compiled here recently include:

Of course, I included only replies from Twitter users whose updates are public, and I didn’t include direct messages (because, by nature, they are private). I hope to post more lists of curated public replies going forward; I’ll file future posts under “Twitter Q&A.” Let me know how I can make posts like these more useful and readable.