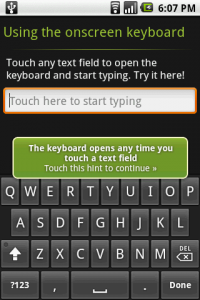 My personal patron of all-things-Android Viss had the latest firmware update codenamed Cupcake on his G1’s memory card when we met up last night, so now I’m rocking it 1.5-style on my phone. After only a day of usage I’m pleased to say Cupcake’s a sweet update to the mobile OS that really fills in some holes.

The two marquee Cupcake features are the touchscreen keyboard and video camera, but I’m most excited about the Gmail client upgrades that catch it up to the recent mobile webapp update. A subtle overhaul of Android’s entire look and feel, performance increases, and quite a few other niceties put the icing on Cupcake. (Sorry, couldn’t resist.) 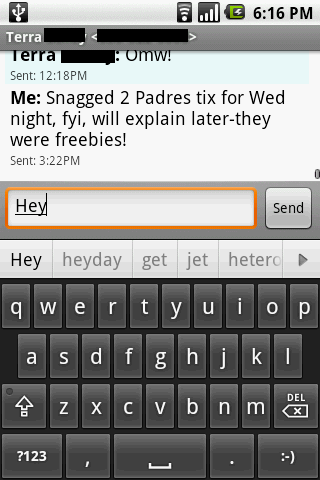 First things first: the “soft” touchscreen keyboard won’t be a big deal to G1 owners who are used to the flip-out full keyboard, but it does come in handy when you want to text message quickly in portrait mode. Just tap a text area to enable the keyboard, which suggests words as you type. You can enable a satisfying old-school typing sound as you tap, and like the iPhone, tapping and holding keys like e and a offer other options (like the letters with various accents). 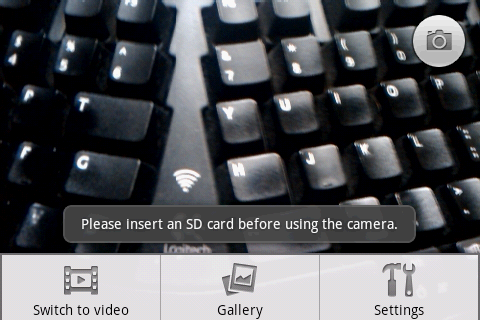 The second biggie is the ability to take video with the phone’s camera. Just hit the menu button to switch to video mode. Another nice camera update is the on-screen shutter button, and image thumbnails on screen while you shoot. You can upload video you take with Android directly to YouTube, too. The Cupcake changelog says that the camera also got performance upgrades but it’s still pretty sluggish for me (especially rendering photo gallery thumbnails.)

My favorite part of Android, the native Gmail client, also got an update that catches it up to the recent mobile webapp makeover. 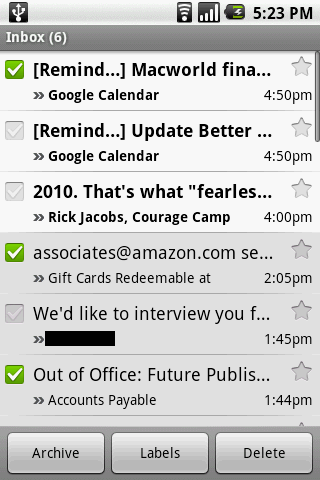 Most usefully, you can now check off multiple messages in list view and perform batch actions, like label, archive, or delete them. There’s the mobile webapp “floaty bar” which stays docked at the bottom of the screen as you scroll. Nice. 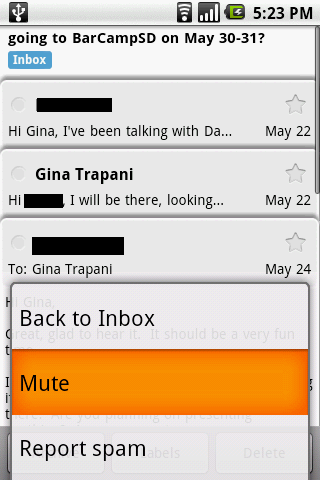 Another Gmail-specific feature now available in the native client which I was happy to see because I use it all the time: the ability to mute a conversation.

The labeling interface also updated from less intuitive + and – signs to regular old checkboxes. The Cupcake version is on the left; compare to the 1.1 firmware label UI on the right. 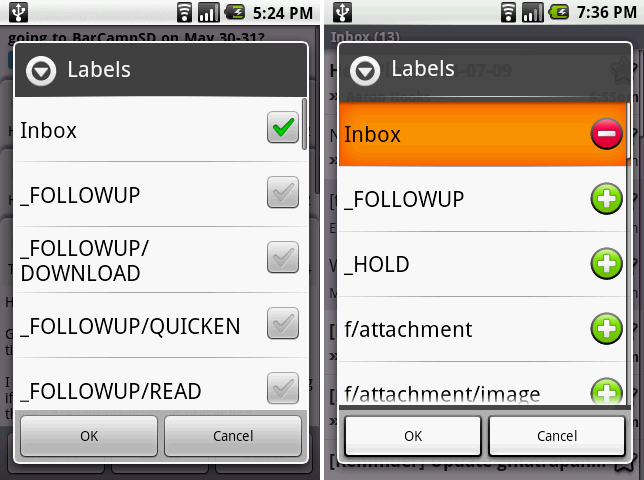 SMS (and MMS) got a subtle redesign, faster scrolling, the ability to detach files from MMS messages, and adorable robotic emoticons shown here. 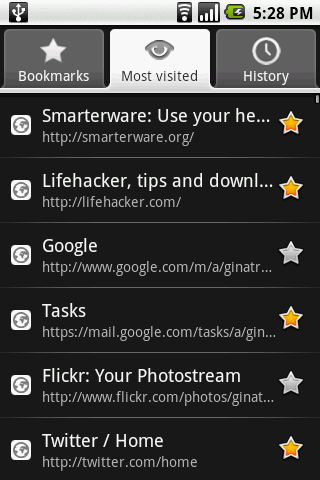 Android’s web browser also got quite a bit of TLC in Cupcake. It got a faster JavaScript engine, and few useful interface additions, like a “Most Visited” and History options in the Bookmarks area. 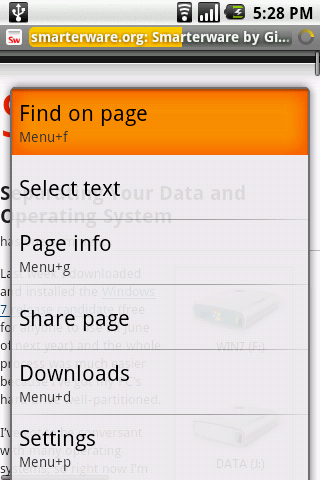 The browser also got a Find on page option and the ability to select and copy text from a web page. The bad news: You’ve got to hold down the Shift key while using the trackball to select text on page and click the trackball again to copy it to clipboard, which is a pretty clumsy interface.

The Settings area of Android also got a few more options, menu items, and filters. 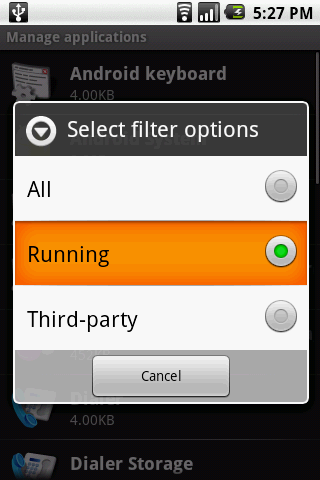 Finally, you can now see a list of running processes on your Android device. It’s kind of buried but–to get there, go into Settings, Manage Applications, and from the menu filter by “Running.”

Update: Reader Aaron points out that you can indeed quit a running process by clicking on it, scrolling down, and hitting the “Force stop” button. Thanks Aaron! 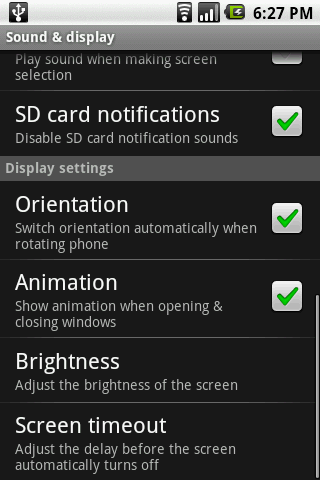 My fellow Android user Kevin points out that there are two new interesting settings under “Sound & display” which are disabled by default. Orientation switches the phone from portrait to landscape depending on how you’re holding it (not just if the keyboard is flipped out). Animation makes windows slide across the screen when you switch between them.

I’m still a happy Android user after switching from the iPhone to it a few months back. Cupcake is a solid update to the mobile OS, and should get pushed out to all phones in the coming weeks. Here’s the official (and strangely incomplete) Cupcake changelog.