“Glass Half Empty” Worldview Easier in the Short Term

Posted By: Christineon: May 26, 2009In: About Smarterware
Print Email 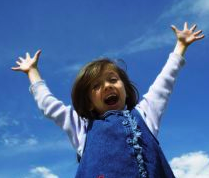 In an attempt to nail down what psychological aspects factor into “the successful life,” researchers have been following 268 Harvard students from the 1940s until now, conducting extensive physical and psychological tests each year.

In a lengthy but fascinating piece, The Atlantic reports on what’s known as the Grant Study and its current lead, Dr. George Vaillant. These days Vaillant’s speeches about the study’s findings focus on the effect of positive emotions on well-being. It’s no surprise that love, compassion, gratitude, hope, trust, faith, and forgiveness make us happier people who live longer and healthier lives. Still, negative emotions, like anger, sadness, and distrust can be more attractive psychologically in the short term. Vaillant explains:

Positive emotions make us more vulnerable than negative ones. One reason is that theyâ€™re future-oriented. Fear and sadness have immediate payoffsâ€”protecting us from attack or attracting resources at times of distress. Gratitude and joy, over time, will yield better health and deeper connectionsâ€”but in the short term actually put us at risk. Thatâ€™s because, while negative emotions tend to be insulating, positive emotions expose us to the common elements of rejection and heartbreak.

Of course the Grant Study is rife with problems, not the least of which that it was limited to males who graduated from Harvard, and that at one point it was funded by Philip Morris, which led to questions about what the participants’ cigarette brand preferences were. Still, this story is worth a read, with full hope that it will lead to more long-term studies that are more inclusive and more fully and consistently funded. (Interestingly, John F. Kennedy was one of the Grant Study men, but his records have been sealed until 2040.) What Makes Us Happy? [The Atlantic via Grazing Life]