BREAKING NEWS
GMT+2 07:23
Home Software Mobile Android Why I Switched to Android from the iPhone

Why I Switched to Android from the iPhone 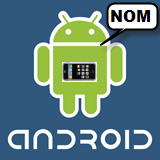 Several people have asked why I switched from the iPhone to a G1 running Android. My reasons are both practical and philosophical.

Obviously, your mileage may vary. But there is a misconception that the iPhone is a superior smartphone, and that’s not necessarily true. What’s true: The iPhone software has been out longer than Android, so it may be more fully-baked (though apps and Safari crash on my iPhone regularly, more so in the 2.0 “upgrade”). The iPhone has a much larger market share. There are probably more apps for the iPhone than for Android, but the Android Market is well-stocked, and I have had little trouble finding the stuff I need. The only iPhone thing I truly miss is its built-in visual voicemail, but I’ve installed PF Voicemail+ on Android to get that same functionality. Not being a heavy voicemail user, this isn’t that big of a deal to me (though it may be for you). Update: I also miss the excellent Evernote iPhone app, and have my fingers crossed in hope an Evernote equivalent will happen soon (or at least a mobile Evernote site that works well in a mobile browser).

Most likely I’ll remain in the minority as a G1 owner, but you know what? In a sea of iPhone-toters, I’ll enjoy actually “thinking different.”