BREAKING NEWS
GMT+2 03:05
Home Technology How Technology Could Change the Future of Warfare 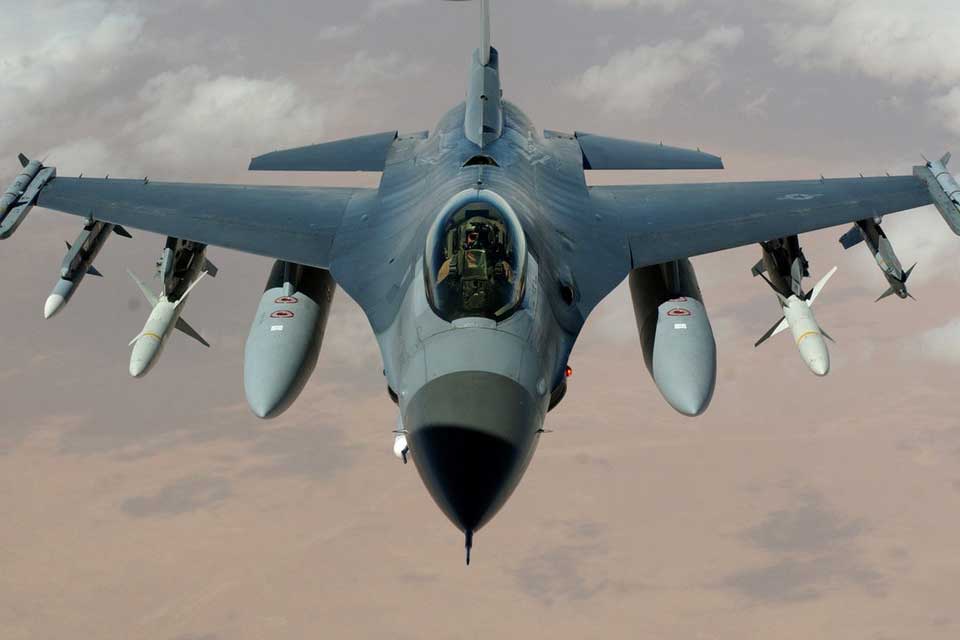 How Technology Could Change the Future of Warfare

Wars have often been decided by available technology. The side with better guns, faster planes, or the most powerful weapon ever unleashed typically wins. But we’re entering an era where technological progression in warfare is no longer straightforward and predictable; we aren’t just building slightly more efficient versions of the weapons that came before. Instead, wars have the potential to be fought in fundamentally new ways, and a single breakthrough could be all it takes to render another country’s efforts obsolete.

So which technologies are looming on the horizon?

First, thanks to breakthroughs in microelectronics, new technology will enable broader-frequency bandwidths, high efficiency, and the transmission of high power with a relatively small footprint. That means more efficient, less noticeable communications systems and more advanced radar for the battlefield. In an era where communication is everything, this is only going to become more important.

The Internet of Things (IoT)

The IoT is stitching together comprehensive, integrated networks between our home-based devices like TVs, thermostats, and even our refrigerators and ovens. The same mentality could be applied to battlefield tech, giving soldiers mobile apps and connected devices that all work in concert with one another. A heads-up display could connect to a weapon, which could connect to the visual systems of other soldiers, creating an in-depth network of real-time information that can aid decision-making on the fly, ultimately making soldiers safer and more efficient.

Piloted drones have already been used in some military applications, enabling pilots to remotely take action on a battlefield. This is advantageous because drones are more maneuverable, less noticeable, and can prevent the need for a human to fill that role in person. The future of drone technology could enable “swarms” of micro-drones working in concert together, capable of performing more complex operations like self-healing and coordination. In fact, there’s already been a demonstration of this technology in action.

One of the most popularized high-tech breakthroughs on the horizon is the rise of autonomous weapons. The idea here is to create robots and/or weapons systems that are completely capable of finding targets and attacking on their own, without assistance from pilots or supervisors. They could be used in combination with facial recognition technology, as well.

Many experts have called for an outright ban on the development of autonomous weapons, fearing that such an overwhelming display of force could be problematic for humanity, empowering dictators and forcing an arms race that would lead to unreliable systems. Critics have described these concerns as overstated, recognizing that we’re still many years away from this possibility, and that adequate safety measures could be included to prevent catastrophe.

The applications for augmented reality (AR) and virtual reality (VR) for warfare are practically endless. For starters, an AR headset could give soldiers better real-time information about their surroundings, noting potential tactical positions, spotting suspicious movement, identifying other members of their team, and highlighting potential dangers, like mines.

VR systems could be used for in-depth soldier training, putting them in realistic combat scenarios rather than war games typically carried out in training. This would lead to better conditioning and better response times in combat. VR could also be used for more nefarious purposes, used as a conduit for “humane” torture, since no physical damage to the body would need to take place to exert psychological distress.

Perhaps the most dangerous tool available to combatants is one of the least sensationalized—the capability to launch a much subtler, yet more effective attack. By infiltrating the web and gaining access to electronic systems, skilled individuals from the other side of the world could threaten a major world power. We depend so much on electronic systems for everything from banking to the supply of utilities that even a single attack could render us extremely vulnerable, and spread chaos in an otherwise stable country. On top of that, a manipulative team of hackers could rally citizens against their country’s existing chain of command, sowing even more chaos.

Preparation and a New Arms Race

One of the biggest problems to stem from these possibilities is the threat of a new arms race. With multiple countries aware that these technologies could soon exist on (and off) the battlefield, there will be enormous pressure to develop these weapons, as well as countermeasures to them. That will inspire good actors and bad actors alike to rush the development process, which of course will leave more vulnerabilities and mistakes in the completed technology.

There’s no straightforward answer for how to proceed, especially given the unpredictable paths of development that technology can take. Instead, we have to learn what we can, and brace ourselves for a high-tech and multifaceted future of combat.