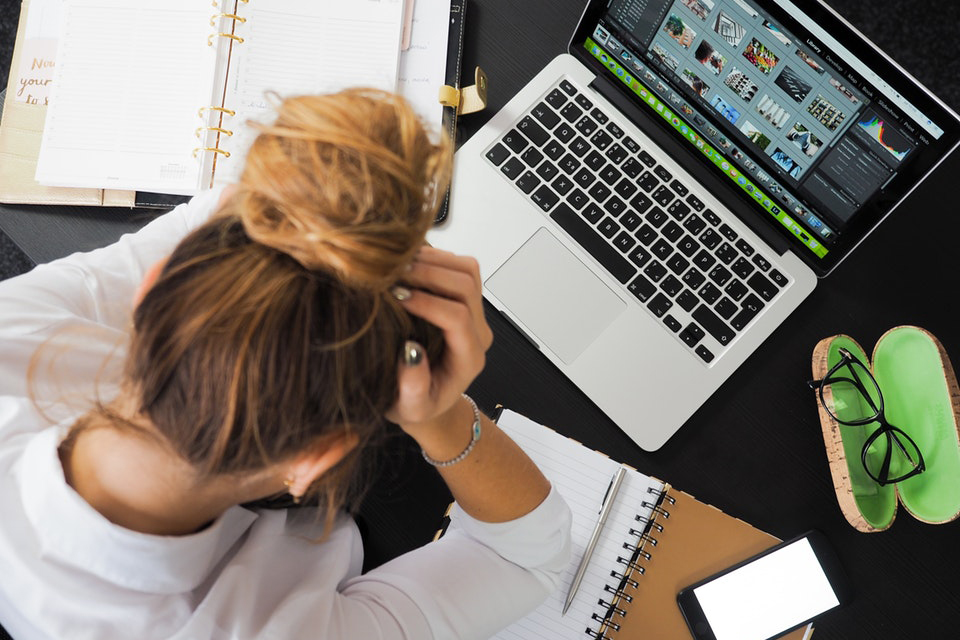 3 Ways Technology Can Actually Hurt You

Most of the time, we praise technology. We can do some pretty incredible things with our devices, and we won’t be living without them anytime soon, but we should be aware of the way they can negatively influence our health.

The primary causes of injuries related to technology use are stationary sitting and repetitive motion. We spend too much time sitting in the same spot or using certain muscles while engaged with technology.

“This continuum of repetitive stress goes back to the beginning of time,” says Charles Kim, MD, professor at NYU Langone’s Rusk Rehabilitation center in New York City. “These are not brand new injuries. They are renamed and revised to reflect modern technology.”

The biggest sufferers are those who work in an office setting. Almost 70 percent of full-time American workers sit at a desk for the majority of their day, staring at a computer screen and interacting with other technological objects.

Over time, this can cause serious strain on the body. Unfortunately, it often has long-term effects, and sometimes those effects can contribute to an early death. According to Lichtenstein Law Group in Virginia, you may be able to sue for compensation from your personal injury or wrongful death as a result of inefficient ergonomics and unhealthy technology use in a workplace.

Quitting your job for something less harmful may not be an option, but you should be aware of what your interactions with technology are doing. Here are a few key ways that technology can cause physical harm.

1. Back and Neck Pain

Your head is a heavy ball that’s supported entirely by your spine. As you sit at a desk for hours a day and stare at a computer, your head naturally leans forward, putting unnecessary stress on your spine. Over time, this can cause serious, long-lasting neck pain.

Your back will also suffer the impact of your head leaning forward. You naturally hunch at a computer desk, and most chairs don’t have the proper lumbar support to help you sit up straight and avoid hurting your back. About 17.6 percent of American adults suffer from chronic back pain, often as a result of sitting for hours in an unsupportive chair.

2. Lack of Activity and Obesity

The Center for Disease Control recommends exercising at least 30 minutes a day, five times per week for optimum health and agility. Significant weight gain is the alternative, which translates into high blood pressure, diabetes, heart disease, and a host of other problems.

There’s also significant pressure from the competitiveness of the fast-paced, tech-driven office. “Maybe you used to go for a walk at lunch but then you change jobs or get a promotion, and suddenly all eyes are on you,” says Frances Largeman-Roth, RD, author of Eating in Color. “You may feel like your daily break from the office is no longer acceptable, so you put in the extra time and your weight suffers.”

Additionally, after desk workers go home, they often plop in front of the television or stare at their phones for hours instead of working out or doing other activity. The average American spends nearly 10 hours engaging with their gadgets.

With more than two-thirds of Americans categorized as obese from poor activity and other unhealthy choices, it’s important to ditch the technology and get out.

3. Insomnia and Other Sleep Problems

After staring at screens all day at work, 71 percent of Americans take their phones to bed. This exposure to blue light makes it difficult for you to sleep.

“The reason that blue light is so problematic is that it has a short wavelength that affects levels of melatonin more than any other wavelength does,” says an article from the National Sleep Foundation. “Normally, the pineal gland in the brain begins to release melatonin a couple of hours before bedtime, and melatonin reaches its peak in the middle of the night. When people read on a blue light-emitting device (like a tablet, rather than from a printed book) in the evening, it takes them longer to fall asleep; plus, they tend to have less REM sleep (when dreams occur) and wake up feeling sleepier— even after eight hours of shuteye.”

Because of device attachment, people develop insomnia and sleep disorders. About 20 percent of Americans suffer from chronic sleep loss or an untreated sleep disorder, and one in three adults don’t get enough sleep at night. According to the CDC, lack of sleep is a national health concern, and technology is a major contributor.

This article isn’t designed to condemn technology, but rather to point out the significant benefits of putting down your devices every now and again and adopting some healthier practices.