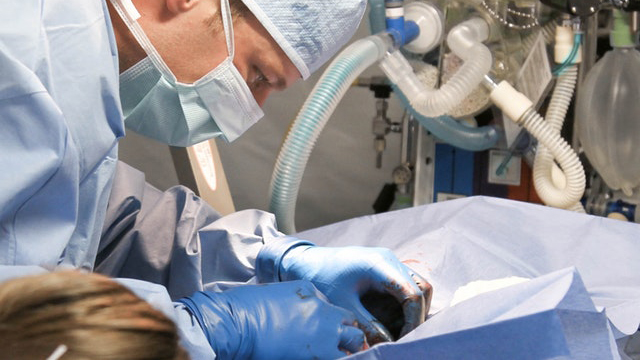 Car accidents affect hundreds of people every day across the United States, resulting in thousands of fatalities annually – and typically EMS are the first people on scene. And while these first responders save many lives, there’s an inevitable gap between the accident and the arrival of emergency response teams, during which trauma can be exacerbated. In an attempt to reduce accident fatalities, hospitals across the country are deploying new technology to assess the scene before EMS arrives.

In the aftermath of a car accident, every second counts and these tech tools are making the most of that time. Are these 3 tools monitoring the roads near you?

Waze is one of the most popular navigation apps on the market right now because it highlights police, road hazards, and traffic patterns – and now Waze is launching an exciting new feature. Partnered with RapidSOS, Waze’s new feature will use real-time accident data to alert first responders to crashes while also transmitting the driver’s location for faster response rate. The accident data can also help reroute drivers around crashes, speeding their trip and clearing the way for first responders.

The best way for doctors and EMS teams to prevent fatalities is by getting an early sense of the accident scene so that everyone is prepared. One way to do this is by using TraumaHawk, an app that streams crash scenes to trauma physicians at the receiving hospital.

By using TraumaHawk on site, EMS teams have been able to reduce warning time for hospitals to 31 minutes from a previous average of 7-8 minutes without the app. This gives ER doctors time to prepare appropriate supplies and personnel, set up an operating room, and be ready to act immediately upon patient arrival.

TraumaHawk was introduced at University of Iowa hospitals in 2013 for initial studies; the hope is that it will eventually be available nationwide. If that’s the case, the results could be remarkable. Car crash fatalities are already declining across the nation – Fayette County, Kentucky, for example, saw a 28% drop in accident fatalities between 2012 and 2013, while New York state saw a decrease from 3 deaths per 100,000 New Yorkers in 2001 to 1.2 per 100,000 in 2014. Adding new technology to this equation could push the entire country towards what New York City calls “Vision Zero” – zero traffic fatalities.

In the past, when a serious car accident happened, hospitals had two main options – transport patients to the nearest trauma center by ambulance or transport them to the nearest hospital and airlift them to an appropriate trauma center after that. Depending on where an accident occurs, this isn’t necessarily a big deal since major cities are likely to have several trauma centers, but in a rural location, a fully staffed trauma center could be hours away by car. That’s a dangerous delay and one that telemedicine can help to resolve.

Using telemedicine connections, sometimes referred to as teletrauma, hospitals can connect trauma patients to specialists in order to make appropriate care decisions. This can help doctors on-site properly stabilize the patient for transfer, triage the injuries, or develop an appropriate care plan in the current location. Teletrauma is especially valuable when children are involved in car accidents as even hospitals equipped to treat adult accident victims can struggle with pediatric care.

Maybe one day there will be ambulance drones patrolling the skies or driverless cars that can eliminate accidents altogether, but for the time being, traffic fatalities are on the decline thanks to a combination of improved technology, advanced medical treatment, and better individual driving practices. Now is the safest time to hit the road in recent history – where will this newfound safety take you?