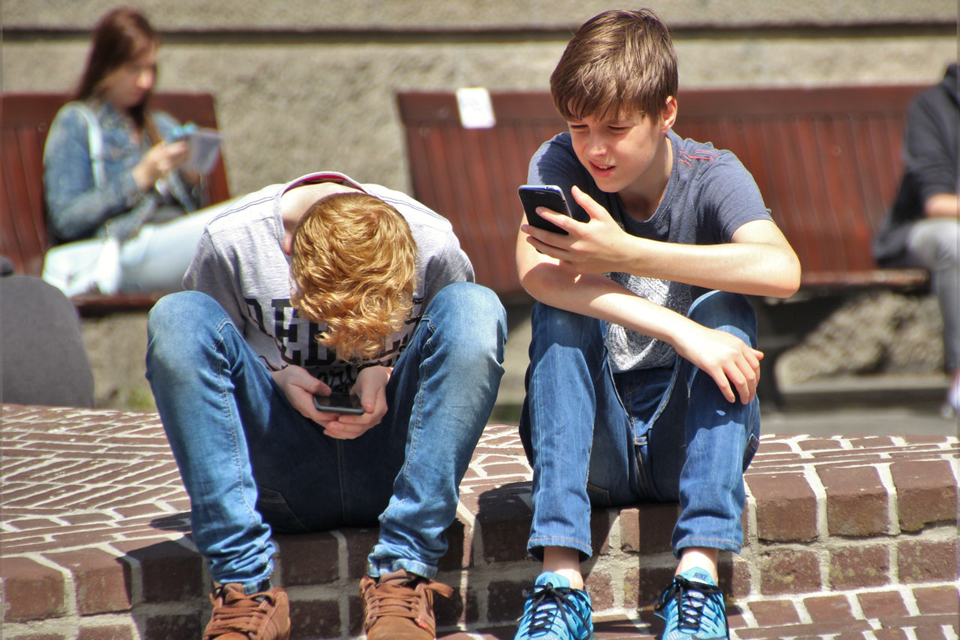 Kids growing up today have never known a world without the internet. Their world has always been saturated with pocket-sized computers, handheld devices, and the overwhelming addiction to stay glued to the screen.

Kids are using technology as young as two-years-old; they’re learning to swipe and play games before kindergarten. They’ll be staring at a screen more than we did as kids, so teach them the following good tech habits to keep them safe and healthy.

1. Establish communication about what they view online

Teach your kids to be transparent with you about what content they’re finding on the internet, and how it’s affecting them. This will probably be easier with younger kids, but it’s not impossible if you have a good relationship with your teenagers.

Netmums.com conducted a survey that demonstrates how unaware parents are about what their kids view online. The findings revealed:

2. Teach them not to respond to personal questions via text

Text messaging has become so casual that we don’t think twice about answering personal questions. Teach your kids to discern the information they’re willing to provide in a text message. They might accidentally share sensitive information with the wrong person.

There are countless reasons someone might fish for information from your kids through a text message. The request might seem legitimate, but could end in disaster if your child replies. A stranger with ill intentions can easily pose as a member of the family who “just got a new phone” to extract information with the intent to do harm.

If you’re in a situation where you can’t take any chances, you can always enable the parental controls from your provider. For example, T-Mobile offers blocking controls to parents so you can block incoming and outgoing communications to specific phone numbers, and you can set restrictions for when your kids can use their phone. For instance, you can block them from using their phone during school hours, dinnertime, and when they should be sleeping.

3. Teach your kids not to meet people from the internet

Regardless of stories about how people met their spouse and best friend online, your child’s safety depends on your ability to teach them not to meet up with online friends.

YouTube star Coby Persin conducted a social experiment to find out if young girls would meet up with a total stranger. With their parents’ permission, he friended several girls on Facebook and convinced a few of them to meet in secret. The girls were 12 and 13 years old. The whole experiment was filmed, and is difficult to watch.

Your kids need to know the potential ulterior motives people have for meeting young kids. It might scare them, but sometimes there’s no other way.

The average school day for kids is 6 hours long, with only a few short meal breaks in-between. Chances are, your kids are staring at screens all day long in school, so screen time at home should be limited.

Staring at a screen strains their eyes, and contributes to poor posture and bad back health.

Long-term exposure to blue light emitted by electronic devices damages the eyes. It also disrupts the human sleep cycle, making it difficult to fall asleep. For many devices, you can use a program called Flux to turn off the blue light on your child’s laptop. Unless you’re a graphic designer, you won’t miss it. Flux is available free for Mac OS, Windows, Linux, iPhone, iPad, and Android.

Teach your kids not to use their devices at the dinner table, at restaurants, or when engaged in conversations. They need to know that a phone isn’t something to pull out of their pocket the moment someone pauses in a conversation, and they don’t need to send an instant reply to messages from friends.

It’s important to teach your kids good habits now, since technology will be a daily part of their lives forever.