BREAKING NEWS
GMT+2 09:27
Home Technology How Technology Could Save the Environment 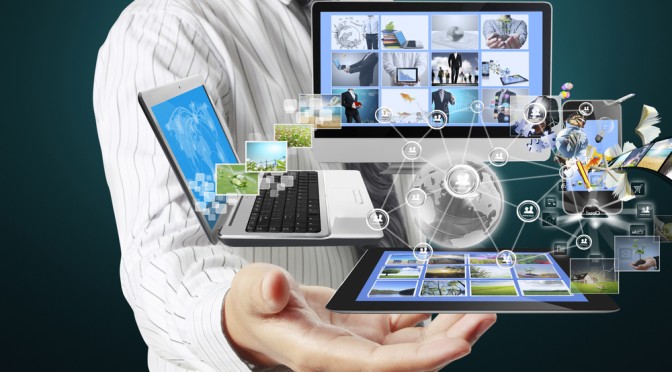 How Technology Could Save the Environment

Scientists are arguing that human beings are on the verge of an environmental epidemic that will wipe out everything, just like the Ice Age and extinction of the dinosaurs. Though the validity of this statement is hotly contested, it’s fairly obvious that the environment has changed over time. Temperatures are rising, air pollution continues to plague major cities, water pollution never ceases, and off-gassing from man-made products challenges our health.

The problem isn’t unique to the United States, either. In fact, only one percent of China’s 560 million urban residents breathe air that the European Union considers safe. Additionally, less than one percent of the world’s fresh water resources are available for human use, which means that many developing countries are without clean water. All of this is a direct result of human pollution.

If everyone on the planet chose to heed the warnings of science and seek more sustainability, it would result in millions of saved dollars and a planet that might just survive the next hundred thousand years. Thankfully, there are plenty of technological innovations that could change the way we approach these sustainability concerns.

Digitization Rather than Paper

Thanks to computers and the cloud, the use of paper in both offices and homes has decreased exponentially over the last decade. Publishers are printing fewer physical books and gravitating toward eBooks, businesses send bills through email rather than snail mail, and people have taken to writing their grocery lists on their phones rather than notepads. Though the use of paper will never become obsolete, the use has decreased, allowing trees to grow more fully.

As a direct result of paper reduction in homes and offices, filing cabinets are becoming outdated. Companies are transferring files to the cloud for storage and organization. DropBox, Microsoft Office 365, Google Drive, and a variety of other popular cloud storage apps are changing the game. Again, this reduces the amount of trees needed for business and increases productivity in the office.

Energy storage is another issue facing the environment. It impedes renewable resources and sends pollutants into the air. The organic battery is one tech innovation that’s seeking to change the face of energy storage. Though the use of these batteries is not currently widespread, the U.S. Department of Energy is working to make them available at both the commercial and residential level for optimum benefit.

There are hundreds of community sharing devices available today that reduce negative environmental effects. This has pioneered the way to what people are calling the sharing economy. With services like Lyft and Uber, people can order rides rather than driving their own cars. Netflix has popularized video streaming over DVD rentals, which cuts down on postage and manufactured videos. The sharing community is an extremely popular industry right now, and as more people jump on board, the environment will benefit.

Poaching of endangered species is a major issue, particularly in areas like Africa and in the rain forests. The International Anti-Poaching Foundation (IAPF) is using drone technology to monitor the whereabouts and livelihood of animals on the list. With the help of drone surveillance, the IAPF has managed to stop and apprehend poachers, which has made a positive impact on the livelihood of endangered animals.

Energy efficient initiatives and smart home technologies are making it much easier for people to save money and conserve energy. With things like programmable thermostats, motion sensor lights, water saving fixtures, and a variety of other smart features, the residential housing sector has been able to conserve energy significantly.

These are just a few of the many ways technology is curing the environment’s greatest perils. There are hundreds of ways that consumers can get involved in saving the environment through technological advancements. All it takes is a little knowledge and a determination to help out.