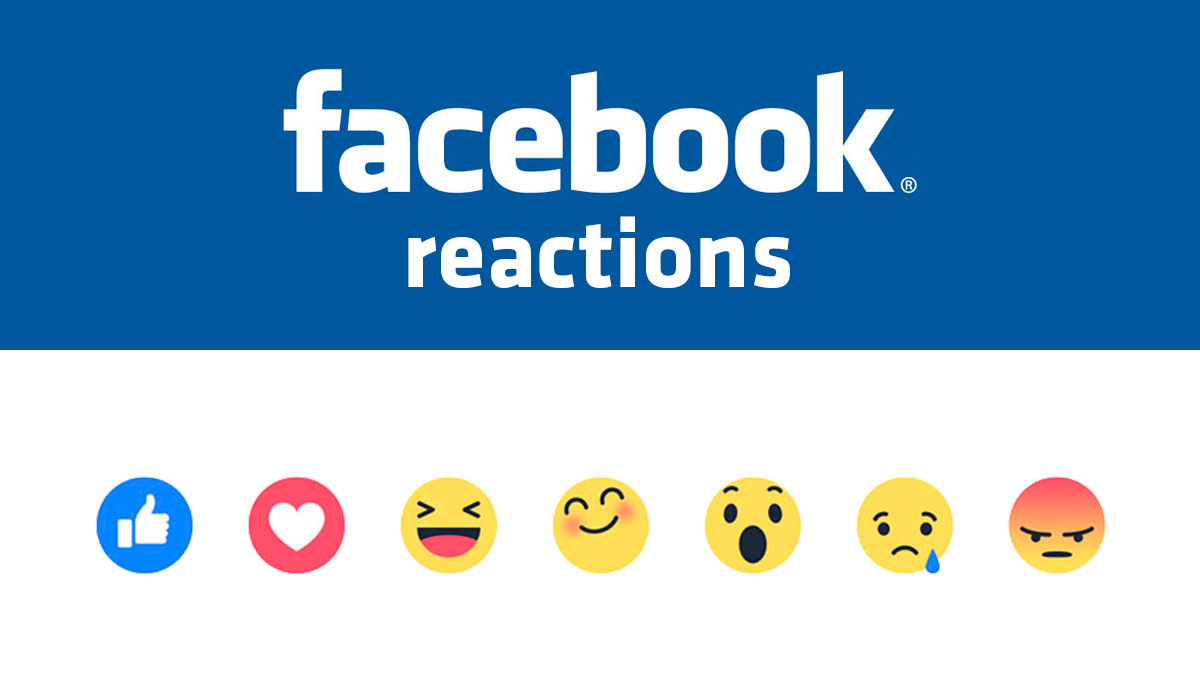 On February 24, Facebook launched the global use of their new “reactions” buttons, which give alternatives to the traditional “like” button. Now users will be able to choose from six different emojis to share their feelings about a post or advertisement on Facebook.

In October, Facebook announced that they would be testing new reaction buttons to enhance the user experience. After several months of testing in the United States, and several more in international countries, the emojis that passed the test were: “like,” “love,” “wow,” “sad,” “haha,” and “angry.” The only emoji not to pass the test was “yay,” as it was determined to be too similar to the like and love buttons.

How to Use the Reactions Buttons

The process of conveying a different emotion than “like” on a Facebook post is fairly simple. On a desktop or laptop, you’ll hover your cursor over the “like” button on a post, and the six emojis will pop up. If you’re on a tablet, smartphone, or other touch screen, you’ll hold down the “like” button until the emojis appear.

From there, you can select the emotion you’re feeling. You’ll be able to see what other people are feeling about a post based on the icon that’s displayed and the number beside it. To see who posted which reaction, click on the emoji displayed, and it will show a list of names.

The new emojis are certainly a crowd pleaser for the Facebook users who have been begging for another way to express emotions about a post. But they’re not the only ones who love the feature. Marketers are also excited about the promise of more accurate, real-time data.

Facebook will be using the information collected from these micro-interactions to help personalize your news feed. The very same information will be sent to advertisers to help them create more targeted ads. If there’s one thing any good marketer knows, it’s that using social media to market their goods and services is entirely based on their target audience.

One thing that makes the reaction buttons so exciting to marketers is the high impact of emotions on Facebook users. Facebook performed a secret study before creating the reaction buttons to test the impact of them on the users’ emotions. It actually manipulated the news feed of nearly 700k users by either removing all the positive posts from the feed, or removing all of the negative ones. Researchers were looking to see how users’ emotions were affected, and the results came back as expected: Those with no positive posts on their feed had far fewer positive interactions while the opposite proved true for those with no negative posts.

After this study, it became clear that for more accurate data collection, there needed to be a myriad of emotions available on the social network. Now, brands will be able to tell if their “funny” ads are making their customers laugh or if they’re somehow making them sad. The ultimate goal will obviously be to avoid making people angry, but if they somehow do, they’ll know it soon enough, and will be able to rectify the situation.

Businesses, publishers, and everyday users alike will now be able to benefit from these new reactions taking over Facebook. Based on the feedback received, Facebook will be able to create more targeted ads and experiences with which consumers love to engage.