BREAKING NEWS
GMT+2 01:32
Home Bylines Third Edition of the Lifehacker Book Due in 2011

Third Edition of the Lifehacker Book Due in 2011 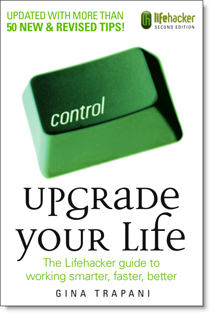 I’m very happy to announce that my book publisher, Wiley, has commissioned a third edition of the Lifehacker book, due out late summer 2011. The book is a compendium of the best tech how-to’s and productivity methods ever published on Lifehacker.com, and the second edition, published in March 2008, is in dire need of an update. The new edition will include material on the booming mobile space (smartphones powered by iOS and Android weren’t around in early 2007 during the writing of the second edition), as well as new operating systems that have come out since publication, like Windows 7 and OS X Snow Leopard.

I’ve been out of the Lifehacker game for 2 years now, so I’m particularly thrilled my successor Adam Pash will be writing the new material for the third edition. I’ll be the tech editor on the book, testing and re-testing every hack to make sure everything works as advertised. Adam has been doing a fantastic job leading the largest editorial team Lifehacker.com has ever had, turning out feature-length how-to’s and video tutorials a rate that makes me wonder if any of them ever sleeps. He will fold much of that new material into the book.

The Lifehacker books have been some of Wiley’s best-selling tech titles. Between the first two editions, they’ve been translated into Dutch, Italian, Chinese and Japanese. Not many books get the opportunity to have three lives, so I’m thrilled about the upcoming refresh. The publication date hasn’t been finalized yet, but right now we’re aiming for late summer next year. Keep an eye here and on Lifehacker.com for more news as we get closer to publication.