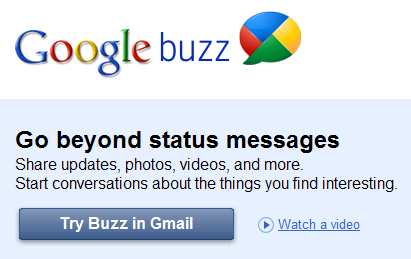 Google announced the all-new Google Buzz today, a Gmail “inbox” of sorts that aggregates all your contacts’ social network activity across the web. Lifehacker’s got the full rundown.

A few quickly-jotted first impressions of the service:

And you? What do you think about Buzz?