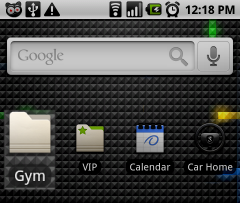 Android users have a limited number of home screens on their phone (3 to 5, depending on what version you use), but folders group your home screen shortcuts into quick pop-up menus.

For example, I’ve got a few specific things I use on my phone when I go to the gym: a workout music playlist, a stopwatch app, my gym locker combination, a bookmark to an exercise program I’m following, and an app that tracks how far I’ve run. I only use these shortcuts when I’m at the gym, so I’ve put them all in a folder called “Gym,” as shown here. When I get to the gym, I plug in my headphones, tap that folder, and everything I need to work out is there.

Here’s how to create folders on your home screen to organize your Android icons. 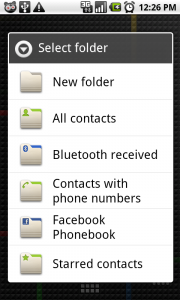 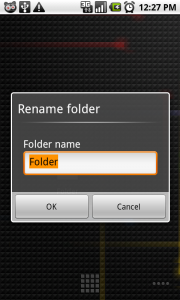 A folder called “Folder” will appear on the desktop. Tap to open it. Then, tap and hold the folder’s header to rename it, as shown. (I called mine “Gym.”) Tap Ok.

From there, close the folder and drag and drop any applications, playlists, contacts, or shortcuts to that folder.

Here’s what my “Gym” folder looks like when I tap it:

So, while you don’t have unlimited home screens in Android, you do have the ability to create home screen folders–which is nice for place/context-specific icon groups, because you can name them. You’ll see in the second screenshot that there are lots of other folders you can add to your home screen; I’m a fan and user of the Starred contacts folder as well.