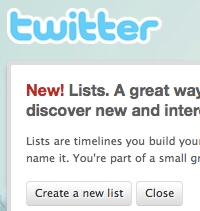 In addition to geolocation, Twitter’s about to launch their new lists feature, which lets you organize the people you follow into lists and see what lists others have included you on.

For example, I can create a list called “Lifehacker editors” or “Co-workers” or “NYC pals” or “Sci-Fi experts”, and view tweets just from those people in a list view. I’ve been making lists of people I follow using TweetDeck for some time now. However, having this baked into the Twitter web site and API makes it more convenient and easy to share. Here are some screenshots of how it works from the beta. 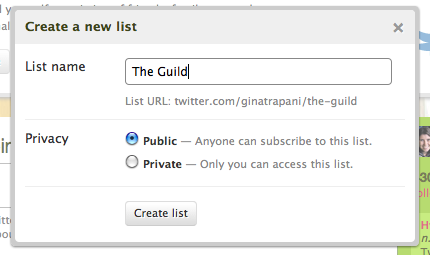 Then, add people you follow to your lists from your Following page, or from his/her individual Twitter page.

After I added a bunch of Guildies to my list, I can see just tweets from them. 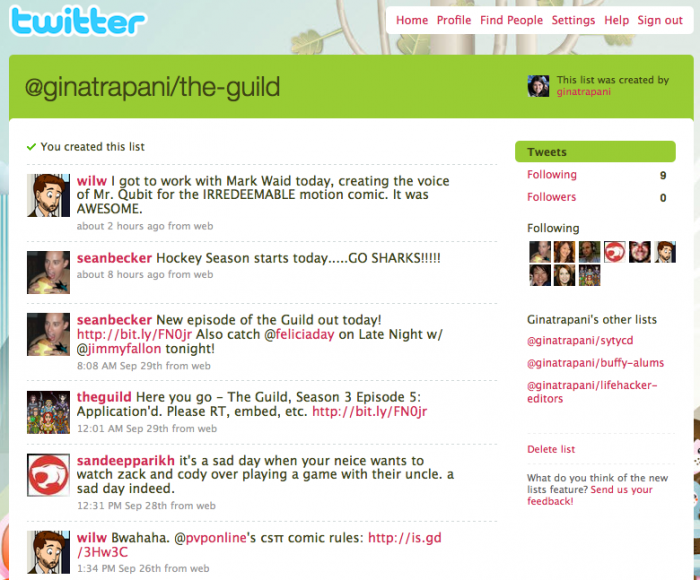 The lists feature also includes a little ego-surfing information, too. I can see how many lists I’ve been included on, and I can also see what public lists any other user’s on. Here’s @wilw’s right now–surely his list of lists will blow up once lists get released.

In essence, lists puts Twitter’s controversial “suggested users” into the hands of the users. As I said on Twitter, lists is a much-needed upgrade to “Follow Friday” recommendations, and a handy organizing tool for anyone who follows more than a few people on Twitter. (Thanks to the Twitter folks for giving me a sneak peek at the Lists beta.)