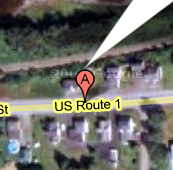 Robert Scoble argues that requiring users to post their true location in geolocation apps is an “antifeature” because it freaks people out. Users want control over where they say they are and want the option to be “fuzzy” about it–for instance, say they’re in San Diego versus a specific neighborhood or street. For instance, Scoble checks into the Ritz hotel near his home on Foursquare when he’s home. He writes:

One part of a location-based game is presenting people as youâ€™d like others to see you. Itâ€™s a lot more interesting to check in at the Ritz every night than my actual home address, which, to tell you the truth, Iâ€™d be a little freaked out to report to everyone (and if Iâ€™m freaked out, imagine how freaked out the average user is).

I agree with Scoble wholeheartedly. I always say I live “in San Diego,” which is true, but also comfortably vague. A quick, unscientific poll I ran on Twitter (which you can vote on here) shows that many are freaked out by geolocation features in general.

A word to Twitter client developers taking advantage of Twitter’s imminent geolocation features: Allow your users to “fuzz” their location when they tweet, and say they’re at the Ritz or the nearby coffee shop when they’re really at home or at the office. It’ll make folks feel more comfortable by giving them more control of their privacy and anonymity, even if it makes your data a little less true.