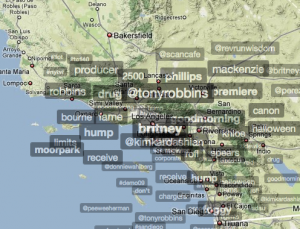 Twitter’s new geolocation support was supposed to launch for developers at today’s Twitter Conference in LA (which I’m attending), but it wasn’t quite ready yet. Still, Twitter’s platform lead Ryan Sarver announced several details about how it will work, at least initially, in a developer session. In quickly-jotted bullet points:

This is pretty exciting stuff, if still nascent. Questions? I’ll answer what I can in the comments.