BREAKING NEWS
GMT+2 06:49
Home Cloud Computing When You Put Data In, You Should Be Able to Get It Out

When You Put Data In, You Should Be Able to Get It Out 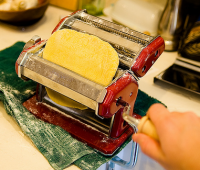 One of the most basic features a good software application offers is a way for users to get the data they put into the system out. Sounds reasonable, no? But that isn’t the way it works, especially for a a few notable webapps.

For example, Twitter only lets its users retrieve the last 3,200 updates they’ve entered into the system. If you’ve tweeted over 3,200 times? The status updates starting with number 3,201 are simply lost to you. Poof! Gone. You can’t retrieve them using Twitter’s API or search engine. And yeah, I know, Twitter’s supposed to be ephemeral, represent the NOW, be the current “pulse of the planet” or whatever. But for its most loyal users, who log their lives and thoughts and links on Twitter, that update back in early 2007 matters. The cap can feel like someone has burned your diary. Most likely this is a scaling issue, but let’s get serious here: if I’ve been kind enough to enter data into your system over 3,200 times, the least you can do is let me export, backup, page back through all my status updates always.

Flickr does a similar thing with non-Pro accounts: you lose access to sets you’ve created beyond a certain number. At least Flickr gives you the option to upgrade to a Pro account in order to still get them (and I have), but it still wigs me out that I would create something on a system and then get denied access to it without paying. I could see denying me access to other people’s data, but my own? Really?

Most software works pretty simply: you enter data into it, and it outputs something useful. But at the most base level, you should be able to get back out what you’ve put in.

If your Twitter update count is nearing or over 3,200, and you want to save a copy to your computer, this simple (but geeky/XML) method using cURL will work. Photo by mary.w.e.