BREAKING NEWS
GMT+2 05:33
Home About Smarterware A Wandering Mind Can Be Hard at Work

A Wandering Mind Can Be Hard at Work

Posted By: Christineon: July 13, 2009In: About Smarterware
Print Email 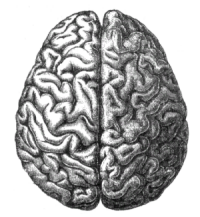 I’ve always been an avid daydreamer–so much so that my mind can wander off at the most inopportune moments, like in the middle of a conversation. But I’ve always come up with my best ideas and even made difficult decisions in the midst of totally idle thought. So it doesn’t surprise me that a new brain-scanning study shows that a wandering mind isn’t idle at all: in fact, it’s hard at work moving you toward a flash of insight. The Wall Street Journal reports:

By most measures, we spend about a third of our time daydreaming, yet our brain is unusually active during these seemingly idle moments. Left to its own devices, our brain activates several areas associated with complex problem solving, which researchers had previously assumed were dormant during daydreams. Moreover, it appears to be the only time these areas work in unison.

Of course, just sitting around doing nothing doesn’t mean you’ll solve the world’s problems. In fact, the exact ingredients of the “Eureka moment” are not yet known, but just as luck favors the prepared, so does insight–and it’s not just expertise that matters. Your attitude factors in as well.

Even before we are presented with a problem, our state of mind can affect whether or not we will likely resort to insightful thinking. People in a positive mood were more likely to experience an insight, researchers at Drexel and Northwestern found.

Over the last few weeks I’ve been waist-high in a new programming project, and after a few hours of intense PHP-wrangling I find it super-helpful to gaze out the window or at the ceiling and daydream about nothing in particular with a notebook and pen nearby. That’s the time I’m most likely to come up with that bugfix, data structure design, or logic flow that wasn’t clear in the heat of the work.