The Most Expensive Software You’ve Paid For

Posted By: Christineon: May 12, 2009In: Software
Print Email 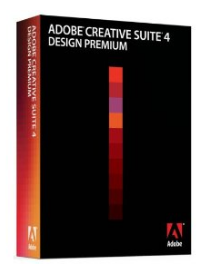 Everyone loves free software, and it’s less about principles and more about the practicality of not having to take out the credit card. So what great software packages are people willing to pay for? Yesterday I asked my Twitter followers what the most expensive software they ever purchased out of their own pockets (versus pirated or expensed at work).

While many of the 127 responses weren’t surprising (like ~$315 Microsoft Office and ~$110 Mac OS X Leopard), some old-school names I haven’t heard in years came up (like OS/2), a few people mentioned games (like WoW and ~$30 Half-Life) and speech-to-text apps (like ~$160 MacSpeech Dictate and ~$50 Dragon NaturallySpeaking). By far, the packages people plunked down their hard-earned cash for most are creative tools (like ~$1,300 Final Cut Pro and ~$1,600 Adobe Creative Suite*).

In fact, various versions of Adobe Creative Suite took the prize for the most-paid-for-out-of-pocket application (22 mentions), with Leopard and Microsoft Office not-so-close seconds (14 and 12). Photoshop (which comes with Creative Suite) was third (11 mentions), with Windows Vista and Final Cut (Express, Studio, and Pro versions) bringing up the rear (10 and 9 mentions, respectively).

Here are all the public replies to the question I posed on Twitter.

What’s the most expensive software you’ve paid for out of pocket (not expensed or pirated)? (Me: Vista [hrm] and Leopard.)

* I grabbed price info where I could from Amazon, but obviously prices vary depending on when, what version, and with what discount you’re purchasing.

Thanks to everyone who offered their input! Here’s more on why and how I’m using Twitter to run surveys like this.