Posted By: Christineon: January 21, 2009In: About Smarterware
Print Email 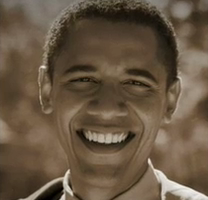 Happy Presidential inauguration, Americans! Frontline’s whole “Dreams of Obama” series is well worth watching, but my favorite part is the post-Harvard Law chapter, where Obama turns down a coveted and potentially lucrative job opportunity to follow his heart back to Chicago.
Abner Mikva, Federal judge 1979-’94; Obama mentor; offered him a clerkship after law school which Obama declined:

One of the reasons I was sort of surprised that he turned me down was at that time I was what was known as a feeder to the Supreme Court. The justices included Justice [William] Brennan and Justice [Thurgood] Marshall and Justice [John Paul] Stevens and Justice [Harry] Blackmun, all of whom would frequently take my clerks, Justice [Sandra Day] O’Connor. And it was a good likelihood that anybody who clerked for me with his kind of background would have gone upstairs to the Supreme Court. â€¦ Those are the best credentials you can have entering the practice of law. You can make an awful lot of money very quickly. You can just about call your own spot and where you want to practice, who you want to practice with.

As he said when he told me why he wasn’t going to interview with me, that wasn’t the track he wanted to follow. […]

He had a pretty good idea of who he was and where he wanted to go; that money was not going to drive his ambitions; that he viewed success not in terms of how big a mark he could make in the law but rather on a larger stage.

Emphasis mine. Full video’s inside.

FRONTLINE: Dreams of Obama: Chapter 3 – Honing his political skills – “He saw himself as running separate from the pack, even back then.”